Home Ready Take Live: The First Ever Live Stream on the Internet

Ready Take Live: The First Ever Live Stream on the Internet

In this Ready Take Live - Live History segment, I talk about the first ever online live video, and how Severe Tire Damage became the house band of the Internet.

Read the article below, or click on the video to watch the entire segment in 4K resolution on YouTube.

It's time for Live History, where this week we're paying tribute to house band of the internet, Severe Tire Damage.

On June 24th, 1993, on the patios of Xerox PARC in Palo Alto, California, the band Severe Tire Damage, itself made up of computer scientists and engineers who worked at XEROX PARC, DEC Systems Research Center and Apple Computer, became the first ever band to perform live on the internet.

They broadcast onto the Internet Multicast Backbone, also known as the MBone, and were seen and heard live as far away as Australia.

MBone engineering was by Ron Frederick and Steve Deering of the Computer Science Lab at Xerox PARC.

These punk rock computer scientists used half the total available bandwidth to stream the first video live on the Internet, and it happened to be feature songs like "Chris Killed Your Dog", "A Thousand Clowns", and everyone's favorite, "Carcinoma".

What's even crazier than these guys is their almost hilarious workflow diagram, detailing a "MIDI Translator Thingy", a fog machine, and a "severe" server and encoder which was sending audio and video over the Internet MBone to play out on STD.org, a site that still exists today and has all sorts of great articles, music, video and images of the band.

About a year later, on November 18, 1994, the band returned to the Internet MBone to open for the Rolling Stones. Broadcasting from the Digital Systems Research Center in Palo Alto, Severe Tire Damage stole the show and crashed the internet with what they called the opening act to the StoneCast concert. No one knew they were going to do this, but there were no locks on the internet at that time, and anyone could take over the bandwidth and push out a live stream, so many media reports cited them as a "lesser known band" who opened for the Rolling Stones. They went up about a half hour before saying the Stones will be up shortly, and they said they were performing their first ever multi-city virtual concert.

The move was so brilliant that many reports said they had a better connection and a smoother concert than the Stones. They played both before the 7pm StoneCast and again at 8:05pm, after their performance. Audio engineering was by Ken Beckman, and MBone engineering was by Lance Berc, both of Digital's Systems Research Center.

But on a more serious note, the band's drummer and sometimes bassist and sometimes vocalist, Mark Weiser was the Chief Technologist at Xerox PARC. He is widely known as the father of ubiquitous computing, a term that he coined in 1988, when he said that we are experiencing the third wave of computing technology, marked by calm technology, that fades into the background of our lives and serves as a quiet, invisible servant to help you do something else. The computer should be an extension of your unconscious and make you smarter through intuition, and technology should create calm. Smithsonian Magazine named Weiser rock's smartest drummer about a year after their first live broadcast.

He thought that there would be hundreds, even thousands of multicast channels on the MBone, where eventually everyone would have their own channel to stream audio and video of their lives or businesses to the rest of the world. Sounds a lot like today's social live streaming on Facebook, Instagram, and YouTube. Weiser also thought that computers would be small and repurposed or changeable to do one simple task really well, like telling you the weather, or acting like scrap paper to doodle on or make notes, something he called scrap computers. Scrap computers could be added to each other to do more complex tasks, and he even thought that one day you would be driving home and someone might tell you to pick up a six pack of computers on the way.

He can be seen as one of the forefathers of our connected era, but he was also one hell of a drummer. Sadly in 1999, Weiser was diagnosed with stomach cancer and given 18 months to live. Weiser died six weeks later, on April 27, 1999. But before he died, he recorded this one last song, even while receiving a 24-hour a day chemo drip.

The Mark D. Weiser Excellence in Computing Scholarship Fund at the University of California, Berkeley, is awarded to undergraduate computer science students in Weiser's honor. Coincidentally, Weiser never received an undergraduate degree, but in fact he skipped it and was given a doctoral degree immediately upon graduation. His thesis was made into a groundbreaking book called Computing in the 21st Century.

Since 2001, the Association for Computing Machinery's special interest group in operating systems (SIGOPS) has given the annual Mark Weiser Award to a researcher not more than 20 years into their career who has made "contributions that are highly creative, innovative, and possibly high-risk, in keeping with the visionary spirit of Mark Weiser."

From all of us here at Live X and Ready Take Live, we want to give a big thank you to the house band of the internet, Severe Tire Damage, and to the father of ubiquitous computing, Mark Weiser. 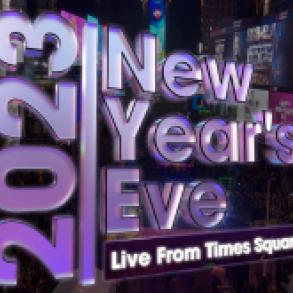