LiveX partnered with Catapult for The Global Fund’s Seventh Replenishment Conference in New York City, serving as the main production house for the three day event. The Conference was hosted by President Biden and included speeches and presentations from Bill Gates and and featured every G7 leader.

With the tight security requirements and brief windows for setting up an otherwise large production, this called for a compact but powerful setup with a very experienced team. Roaming cameras, static cameras with long throw lenses, and mounted static cameras for wide shots were used to capture the interactive audience portions of the events. Distribution with multi-language support to national news outlets was handled by LiveX, too. With simultaneous events at multiple venues, this was a collaborate, all-hands-on-deck production.

Taking place at three separate locations throughout the city, the Conference kicked off at Gotham Hall with the Fight For What Counts Campaign Event and Reception. LiveX provided 5 camera coverage of the evening, livestreaming to The Global Fund’s website.

The Pledge Event, the final day of the Conference, took place at 583 Park Ave and consisted of 6 camera coverage livestreamed to The Global Fund’s website.

The Global Fund raised over $15 billion towards ending HIV, TB and malaria and to strengthen pandemic preparedness. 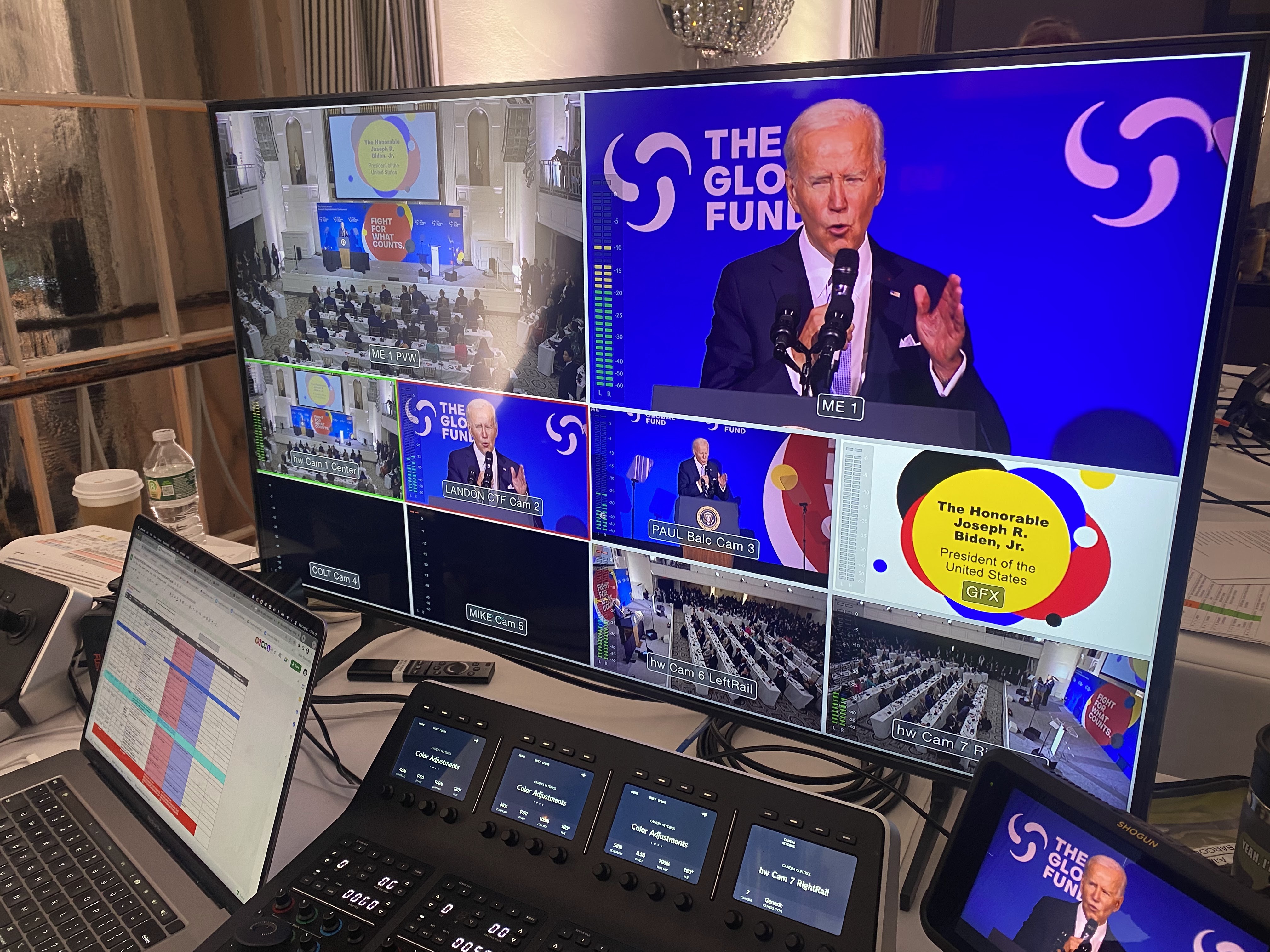 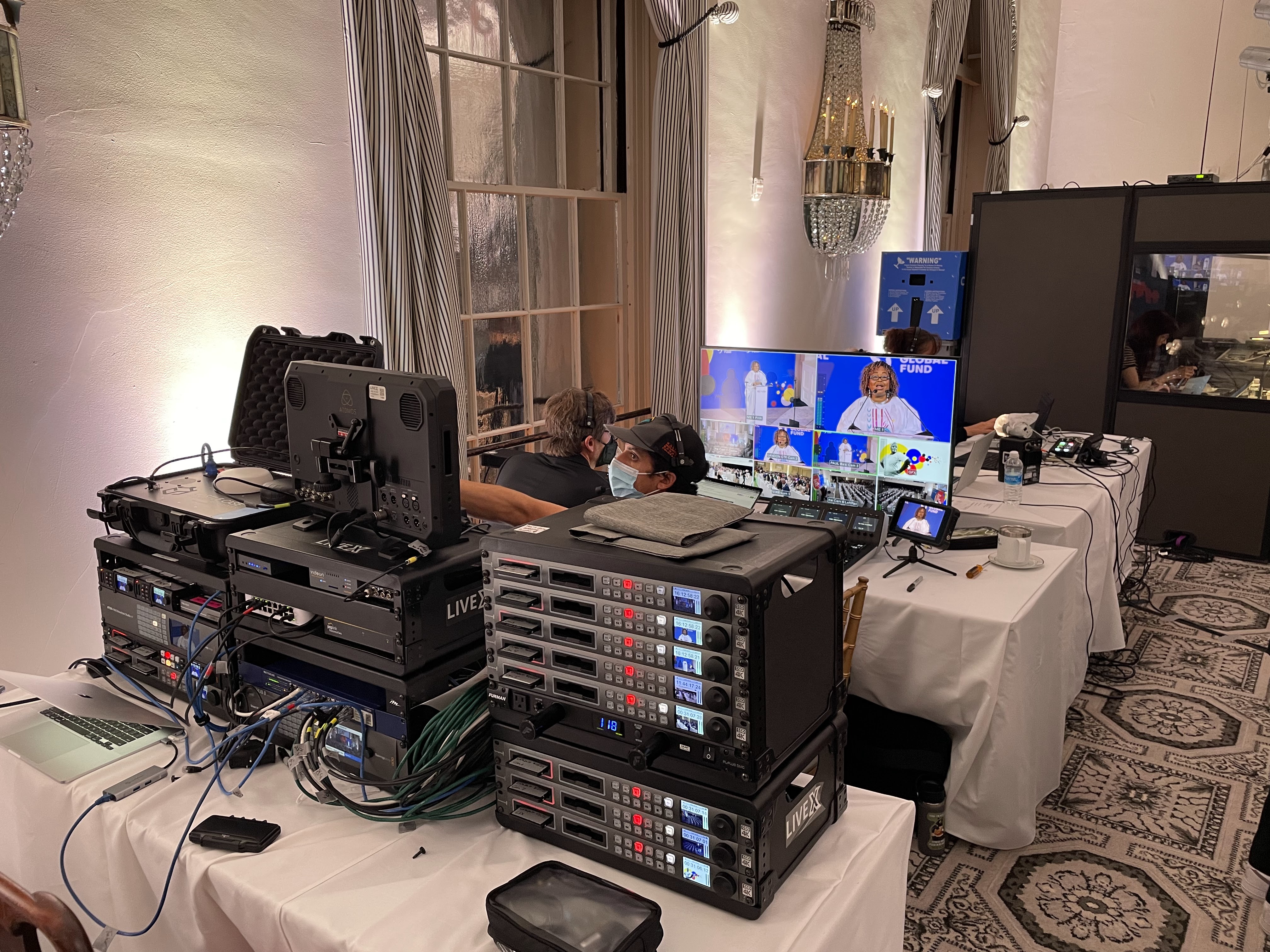 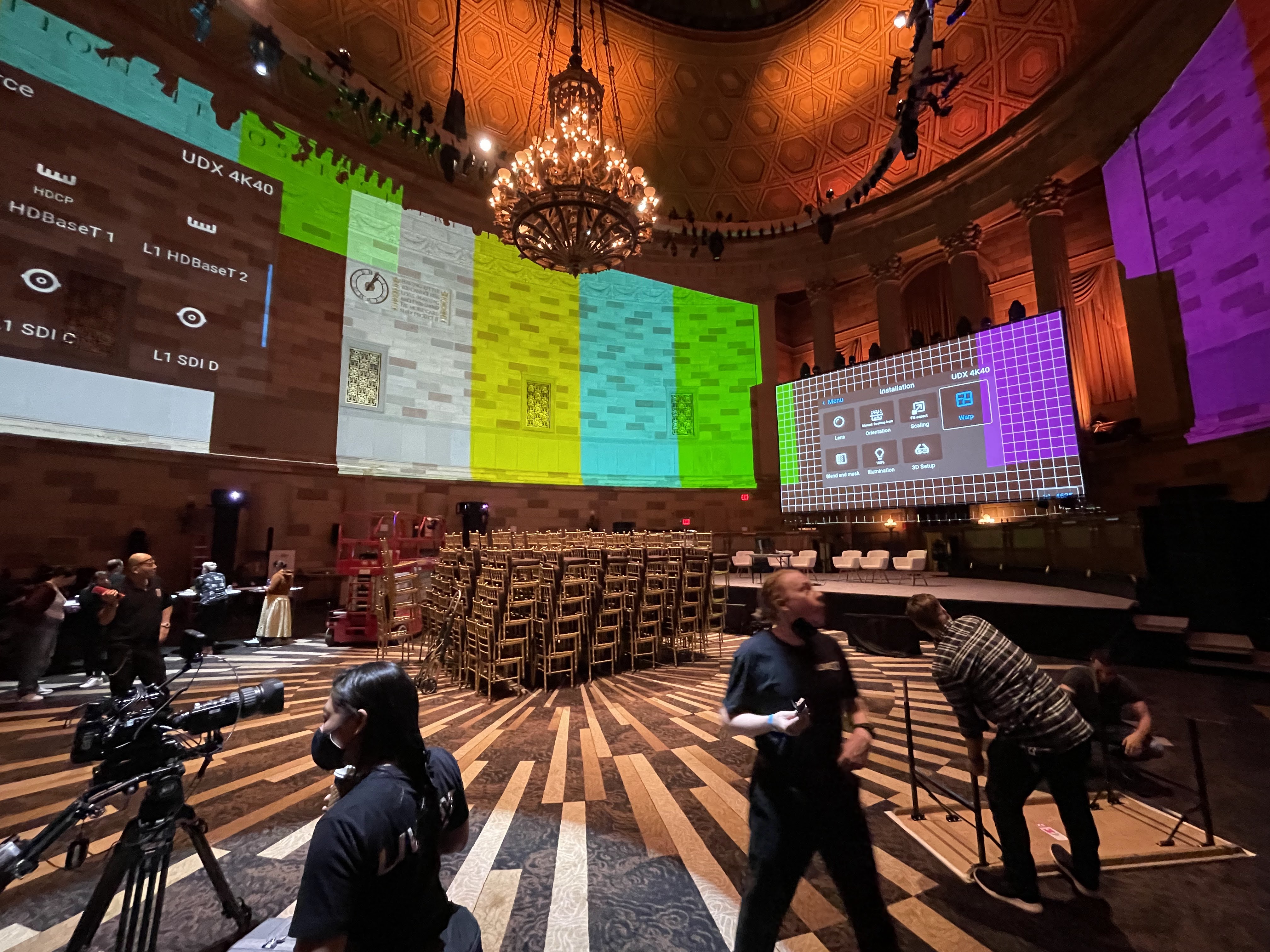 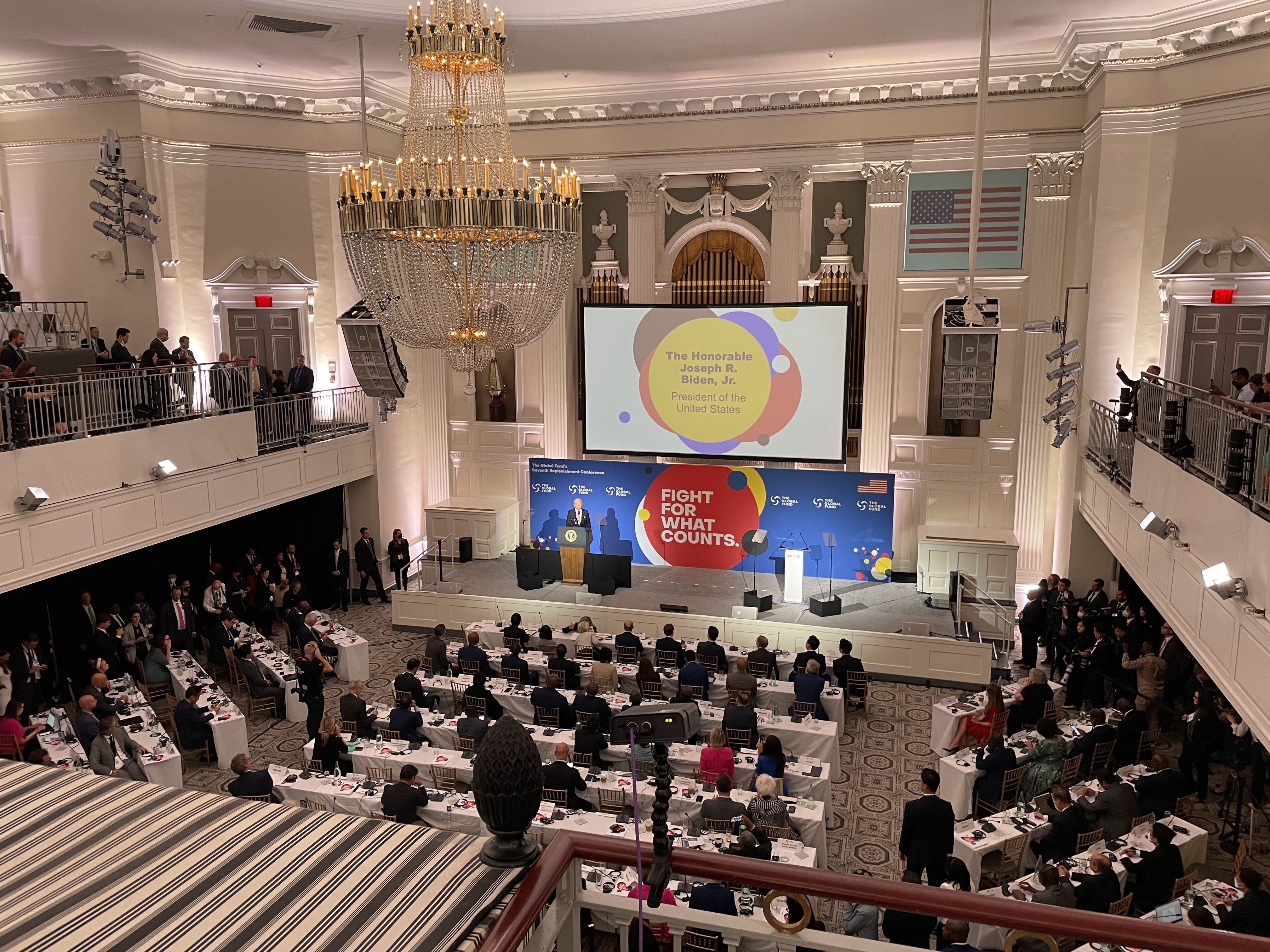