Originally from Seattle, Washington with a background in communications and political producing, Haley worked on one of the video production teams for Hillary Clinton’s 2016 presidential race and producer of an Emily’s List video airing live at the 2016 DNC highlighting female members of the United States Senate. At Live X, Haley is the production manager for the Official Webcast of Times Square New Year’s Eve.

Please let us know about your project. Use the form below or send an e-mail to: contact@livex.tv 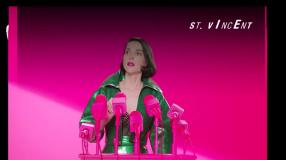